Gibbs Law Group represents plaintiffs who took the popular antipsychotic drug Risperdal (risperidone) and experienced the irreversible side effect of male breast growth. Gibbs Law Group filed a case in California state court on behalf of a client who developed breasts as a minor in February 2014.

Risperdal and generic forms of risperidone belong to a class of second-generation psychiatric medications called antipsychotics, or neuroleptics. Antipsychotics are prescribed for the management of symptoms of psychosis – delusions, hallucinations, and disordered thought – and are used in the treatment of schizophrenia, bipolar I disorder, and some symptoms of autism. Risperdal, like many other second-generation antipsychotic medications, functions by blocking dopamine receptors in the brain. A side effect of this process is an increase in the level of prolactin in the blood, or hyperprolactinemia. Prolactin is a protein hormone that stimulates breast growth and milk secretion, normal processes during pregnancy and lactation. In men, however, hyperprolactinemia can lead to the development of full breasts, an irreversible condition known as gynecomastia.

In April 2012, an Arkansas court determined that Janssen Pharmaceuticals, a subsidiary of Johnson & Johnson and the manufacturer of Risperdal, was aware of the medication’s side effects and had intentionally downplayed their significance. Janssen and Risperdal have also been implicated in lawsuits involving 36 other states, the District of Columbia, and the Department of Justice.

Janssen profited greatly from Risperdal, reporting $3.1 billion in sales of the drug in 2004 alone. 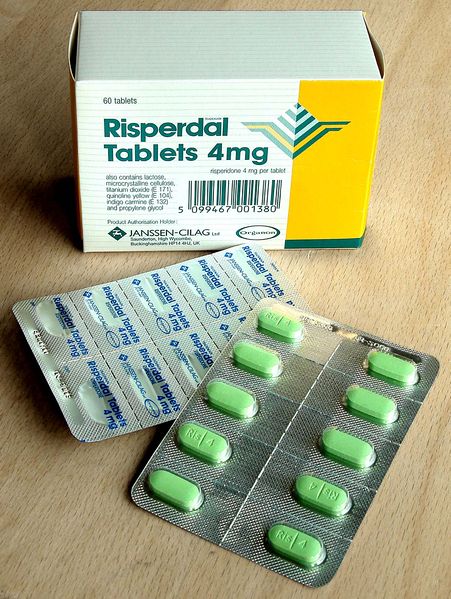 If you or a loved one has taken Risperdal and suffer from male breast growth, or if you’d like to learn more about the investigation, call (866) 981-4800 for a free and confidential attorney consultation, or fill out the form to the rightbelow.